Get your free planner pages here !

Make awesome projects with what you have in your craft stash!

What will you make today?

This project started as a bit of a joke. Many years ago when I was working at NYU, our office intern was graduating and leaving to start his first full-time job. In order to celebrate the occasion, we thought it would be fun to send him off with some accessories for his new role.

Being the resident crafter, I thought it would be funny to knit a tie except that it wouldn't be the standard skinny tie that was floating around at the time. I would try to recreate a classic shaped tie that could possibly pass in an office environment (okay, not really but maybe!)

You may be happy to hear that the knit tie was well-received and our intern wore it for his entire farewell party!

Many years later, I've written this pattern to share with you! I hope you'll make this fun accessory for someone who'll find it just as charming. :) 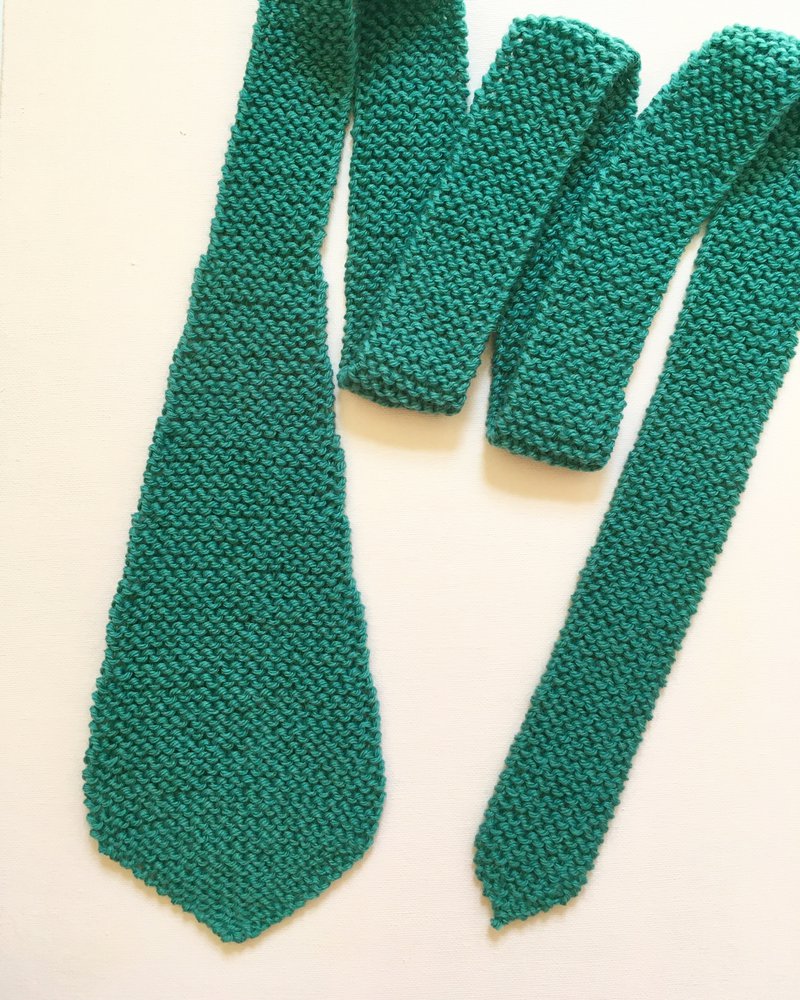 So, what is a standard classic tie?

The classic tie is 56-58 inches long and the widest point is 4 inches.

Once you are done with the shaping section, this is a perfect watch-tv-while-knitting project. The shaping is done after about 1 foot from the beginning. Since this tie is almost 5 feet long, you have a lot of mindless knitting for approximately the next 4 feet!

Be prepared to do a lot of garter stitch and get cozy with a movie or two with this project!

The following list has all the supplies and tools you'll need to make this project.

These affiliate links help to keep Craftic running at no extra cost to you. Thank you for your support! 💛

This pattern is worked from bottom to top of the tie.

The project shown here was made using King Cole's Majestic DK in "Pale Petrol"; 131 yards, acrylic/wool/polyamide mix. There were only a few remaining yards leftover so you'd be better off getting a skein with as much yardage! 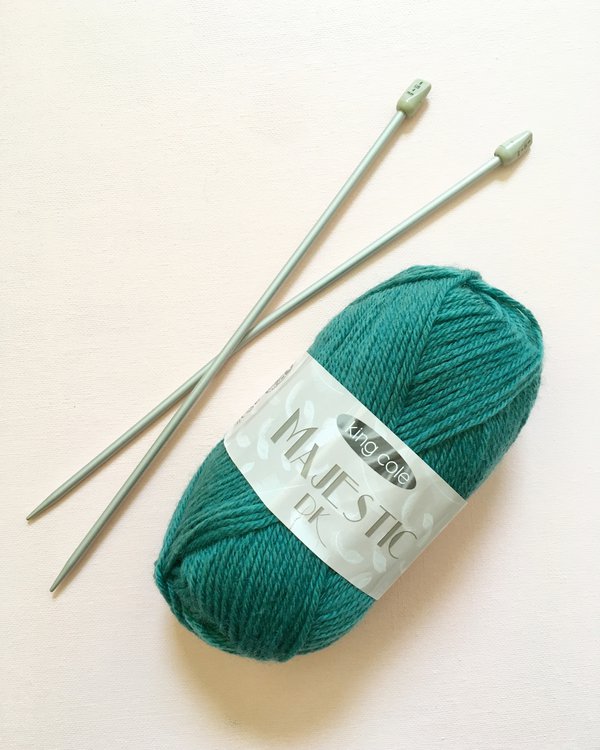 Garter stitch: Knit all stitches on both sides. 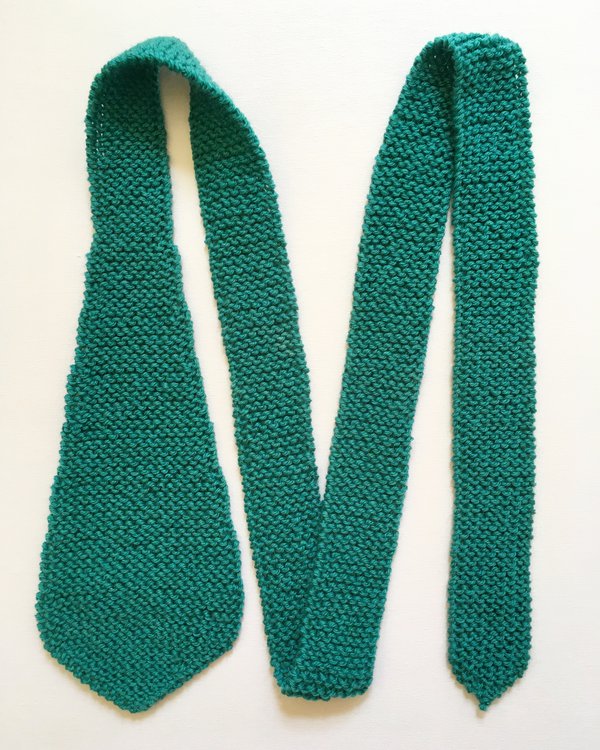 At this point, you will have 23 stitches on your needles and your tie should measure about 4" across. This is the widest part of the tie and the next section will taper off in a gradual sequence.

At this point, you will have 9 stitches on your needles. Knit garter stitch until the tie measures 55 inches long.

Sew in ends with a tapestry needle. Congrats on your brand new knit tie!

🎉 Final Step: Show Off Your Work!

Post your WIP and finished project photos on Instagram. Add #crafticProjects and tag @crafticland for a chance to be featured on Craftic's social channels and newsletter.

Keep in touch with Jennifer through their website and social channels!

If you'd like some discount codes & to help keep Craftic running, please check out these links!